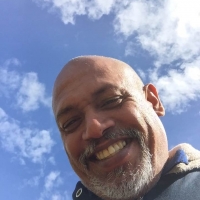 Some of you may be knowing about TAD, an old design software that I had developed for my own practice long time back -- which is available as a freeware since 2017. I had promised that from version 7.0x onward it would be made open source. I am serious about it. There are a few issues which I would like to overcome.

One is that TAD was written in two old languages: The business logic is in Visual Prolog version 5.2 and the second is Delphi 5 Professional. Both these languages are no longer available.

Another issue (if I can call this an issue) is that the concepts of TAD started in 1988 -- with the first version in 1989 and turns out it is quite different from the direction that others followed. Since then, thousands of projects were done in TAD; and a lot of milestones were met. Including two research projects in energy analysis of buildings; which was done in association with IIT-Bombay.

In order to change the internal concept map of TAD to something more conventional is hard and I possibly wont go in that direction. I am yet to find another software that can be used as a basis on which TAD could be developed; as the concepts in TAD don't map onto concepts in other software.

One more headache is that internally TAD has a Prolog interpreter which I modified to create ARDELA; the scripting language inside TAD. Internally, there are some meta-programming concepts that TAD uses (data turning into code just-in-time)

Another issue: The version of Prolog I used (Visual Prolog) itself is an outlier in the area of other Prolog compilers. So I would need to rewrite everything if I used gnu-prolog or some other Prolog. The Delphi part can be ported onto Lazarus (a RAD system on top of Freepascal). But to rewrite the business code in Freepascal instead of Prolog will be inefficient

Though some people say I should switch over to a totally online browser based TAD; I find that there are some hiccups with that: Many architects are quite guarded about their data. Moreover, the focus of TAD is in the developing countries -- where Internet is sometimes flaky. Another important focus of TAD is that it handles information even when the model is not fully firmed up -- I strongly believe that design decisions made at the very early stages of designs are quite important to the evolution of design

I have two requests in this post
1) I welcome any suggestion on computer languages I could consider. If you have previously used TAD it would help. See www.teamtad.com
2) As part of the TAD project; I am curious to see the open sourcing of architecture itself -- The metaphor being that "open source of software before the software is compiled" is mapped to the "open sourcing of the architecture representation before the building is made" I am gearing up TAD to have a github/gitlab kind of online environment to manage architecture open source projects.

On cursory examination here, I find that this forum seems to be talking of open source software (albeit in the architecture field) and not much about how one open-sources the architecture process itself. I may be wrong as I have not really examined this website/forum in depth. So any suggestion in this kind of open sourcing of architecture is also welcome