Does anybody use LibreCAD here?

I'd love to know if anybody here is using LibreCAD (well, I know @yorik does, and I have touched it here and there ... but I'm looking for users who use it as part of their regular workflow).

If you do use it, a few questions:

And then of course, I'd love to know your usecase for using it! At work, I rarely, if ever, need to touch 2D drawings - it's either 3D models, or PDFs. 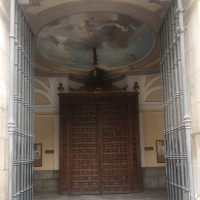