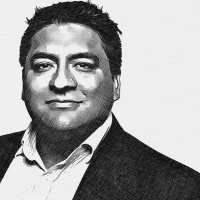 I've been toying for a week ago and can't find information about integrating it in my workflow.

I work for HVAC design with a software that can read IFC files. It shows the walls according to the SurfaceColor property, or it can override the colour of all the walls.

So, the walls in the IFC have a FireRating property with one of four possible values. I'd like to have an IFC with the SurfaceColor property of the walls associated to its FireRatings.

Is this filtering entities by Class and Property to change another property possible with BlenderBIM?

I'd love any tip about the command that I should use.